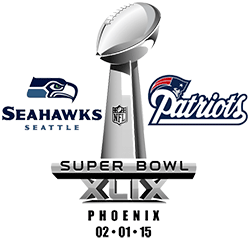 I’ll start this article off by saying that I am a big NFL football fan. I have been watching the NFL on TV since I was in kindergarten when I would watch the games with my grandfather, who I called Papa. All growing up I was a Dallas Cowboys fan and most of the time you saw me I was wearing a Dallas Cowboys t-shirt or cap/hat. That was till it was baseball season at which time my sporting attire was that of the Los Angeles Dodgers Major League Baseball (MLB) team.   Anyway, back to football. I have been an NFL fan all my life and even though I don’t get to watch as many NFL football games as I used to or would like, I still like to catch as many of the post-season (Playoffs & Super Bowl) as I can and especially the NFL Super Bowl.   This year I didn’t get to watch that many NFL football games so come time for the playoffs, I made every effort to get my NFL fix and watch as much as time would allow me to watch. I didn’t get to catch all of the playoff games as I END_OF_DOCUMENT_TOKEN_TO_BE_REPLACED