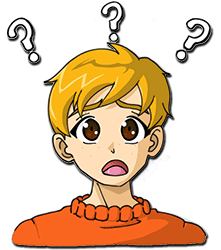 Reading the news across the internet, watching the news on TV and what’s going on lately has me asking “What is this World coming to?”. Maybe it’s just me and because I am getting older, but I just seem to think there is just so much craziness and hatred going on lately in this world.   We have the extremist group ISIS / ISIL and the turmoil in the middle East, we have all the military and political drama going on in the Ukraine area with them and Russia as well as other kinds of drama and hatred between different people and countries all over the world it seem. We even have rioting going on right here in America!   Lately it just seems like we, as a people, are causing and creating a lot of hatred between people at a time when we should be enjoying all that life has to offer us. There is so much going on in the world that isn‘t bad, why not take time to see and enjoy it?   As I have reached what is generally called the “Middle-Age” of life, I have realized that great things can NOT be achieved with hate! END_OF_DOCUMENT_TOKEN_TO_BE_REPLACED